Is coffee good or bad for your health?

Is coffee good or bad for your health?

Studies indicate coffee reduces the risk for diabetes and Parkinson's
Some studies have shown that coffee may reduce the risk of type 2 diabetes. After analyzing data on 120,000 people over an 18-year period (1), researchers at Harvard have concluded that drinking 1 to 3 cups of caffeinated coffee each day can reduce diabetes risk by several percentage points, compared with not drinking coffee at all.

Even more significant, is the fact that in this study, having 6 cups or more per day slashed men's risk by 54% and women's risk by 30% over those who avoided coffee. This study is the latest of hundreds of studies which suggest that coffee may be something of a health food - especially in higher amounts.

Over the past 20 years, over 19,000 studies have been conducted to examine the impact of coffee on one's health. Overall, the results are good news for the 110 million Americans who routinely enjoy this traditional morning ritual.

"By and large, the studies (2) show that coffee is far more beneficial than it is harmful," says Tomas DePaulis, PhD, researcher at Vanderbilt University's Institute for Coffee Studies, which conducts its own research and tracks coffee studies around the globe. For most individuals, studies show that very little bad comes from drinking coffee, but a lot of good.

At least 6 studies (3) indicate that people who drink coffee on a regular basis have up to 80% lower risks of developing Parkinson's disease, with 3 of those studies indicating that the more coffee they drink, the lower the risk. Other studies indicate that, compared to not drinking coffee, drinking at least 2 cups per day can lead to a 25% lower risk of colon cancer, an 80% drop in the risk of liver cirrhosis, and nearly 50% the risk of gallstones.


Is it the caffeine that is responsible for those benefits? Is it the antioxidants in coffee beans, some of which become especially potent during the roasting process? 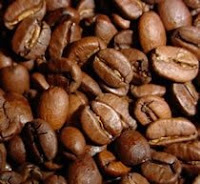 Studies indicate that it might be both those factors.

Researchers believe that some of coffee's reported beneficial effects are a direct result of its higher caffeine content: An 8-ounce cup of coffee contains about 85 mg of caffeine - about 3 times more than the same serving of tea or soda.

In another study (4), researchers looked at the coffee consumption and caffeine intake in 8,000 Japanese-American men. During the course of the study which lasted nearly 30 years, about 100 men developed Parkinson's disease. The risk of developing Parkinson's decreased gradually as the daily consumption of coffee rose from 4 ounces to more than 24 ounces per day.

In addition, the researchers found the same decrease in risk regardless of the source of caffeine. The men whose intake was less than 2.8 milligrams of caffeine per day were nearly 3 times more likely to develop Parkinson's than those whose caffeine intake was more than 107 milligrams from non-coffee sources.


Coffee and reduced diabetes risks
But other benefits can be derived from coffee which have nothing to do with caffeine. Coffee is loaded with antioxidants, including a group of compounds called "quinines" which when administered to rats in a laboratory, increases their insulin sensitivity. The increased sensitivity improves the body's response to insulin.

Researchers don't know exactly why coffee is beneficial for diabetes. Coffee also contains large quantities of the antioxidants tocopherols and chlorogenic acid, as well as minerals such as magnesium. All of those components have been shown to improve insulin sensitivity and glucose metabolism.

Coffee and cavities
Some researchers believe another compound called "trigonelline" - which gives coffee its bitter taste and its aroma - may be responsible for giving coffee both anti-adhesive and antibacterial properties which help prevent dental cavities from forming.

Coffee consumption and moderation
On the other hand, it is clear that coffee is not for everyone. In excessive amounts - meaning more than whatever an individual's body can tolerate - coffee can cause nervousness, jitters, and rapid heartbeat.

Although studies investigating any relationship between higher cholesterol levels and coffee have yielded conflicting results, it is believed that in some people, drinking excessive amounts of coffee might cause elevated cholesterol levels (5).

However, coffee drinkers who consume filtered coffee should not worry themselves with respect to cholesterol levels, because research indicates that it is the coffee oils which are mainly responsible for the rise in cholesterol in people who drink nonfiltered or boiled coffee.